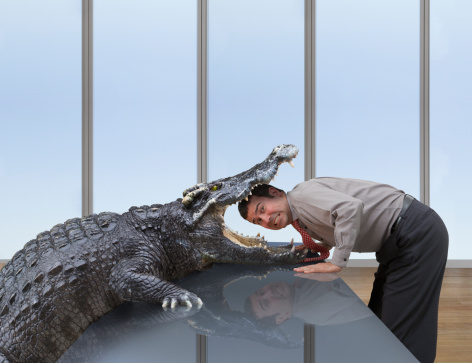 Like me, when you read the question posed in the title, you likely expected something like: brain surgeon, air traffic controller, or Navy SEAL.  I certainly did; if you didn’t, I envy your open mind.

I posed this question to my pre-teen son to instigate a discussion on career choices and, rather than asking him what careers appealed to him, I thought I’d ask the converse.  Like many of you, I expected a job title as the answer.  I was surprised when his immediate answer was, “whatever is boring or uninteresting.”

My first reaction was to realize how unconditioned he was and how open-ended his view of the world remained.  In his eyes, the word “career” isn’t a small, finite list of well-defined job titles; instead, it’s still an amorphous concept full of opportunity, interest, and waiting to be defined.

Second, it was a reminder to me about the nature of jobs and careers.  Jobs aren’t tough or easy in an absolute sense but, rather, must be defined in the context of the individual performing them.  While the “white collar” world of sitting at a desk all day may seem appealing to many, it may seem torturous to others; while some may get a great deal of fulfillment out of performing surgery to save another’s life, others may not want the pressure and responsibility.

A tough job, therefore, is a job we simply don’t want to do…no matter how physically or mentally challenging it is.

2 thoughts on “What is the Toughest Job?”