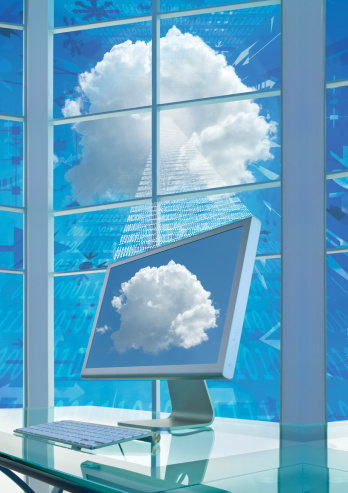 As a “software guy,” perhaps the most common technology question I’ve been asked by friends over the past couple of years is: “so, what exactly is this ‘cloud’ stuff anyway?”

While I could provide a very technically-detailed answer that would appease my colleagues, I thought I’d provide a more straightforward answer that a layperson would understand.  OK, let me be honest, my explanations will still use some technical jargon, but I can’t help it :-).

To do that, let’s begin with breaking down computing by identifying four types of computing devices.  A “device” is a piece of equipment that performs a function.  In a computing context, it’s most often powered by electricity (although storage technology doesn’t require constant electrical power); it can be “solid state” (which means it has no moving parts) or “mechanical” (which means it does have one or more parts that actually physically move; e.g., a DVD drive).

The four types of computing devices to consider are:

These are devices with the ability to store information: everything from documents created using applications to audio/video files to lists of contacts.  It all needs to be stored somewhere.

These are devices with the ability to process information: everything from mathematical operations on numbers to sorting lists of words to adding a new contact to a list.   In many cases, the result of the processing is then also stored.

These are the most familiar devices to us because they’re made to interact with humans and/or the non-computing world: everything from video screens and speakers to keyboards and mice to temperature sensors and microphones.

These are devices that facilitate communication between the first three types of devices or groups thereof.  The Internet is nothing more than millions of these network devices that create an intricate network of paths that can carry electronic messages between computers.

Putting It All Together

You might now be wondering, “don’t all modern computers have all four of those devices built in?”  And the answer would be an emphatic yes.  Modern computers and even mobile phones are very sophisticated devices that are able to bring all four aspects of computing into a single, convenient package.  This wasn’t always the case even in my lifetime.  You likely remember the days when “floppy drives” were external storage devices and when external modems were used to connect a computer to a remote computer.

With the context above you can begin to understand not only the cloud as a software delivery model, but other terms you’ve likely heard:

A whole lot can be said about the benefits of the cloud as a delivery model for applications, but we’ll keep it simple here: you can access your information as well as manipulate it from any machine that is connected to “the cloud” (i.e., connected to the Internet).  The machine you’re using to access the application doesn’t need to be exceedingly powerful (for “processing”) or have lots of storage since that is being handled by other computers in the cloud.  In fact, you can use your cell phone, watch, tablet, or just about any modern device that is connected to the Internet and provide seamless, integrated access to the same application.  More about the benefits will come in another post.