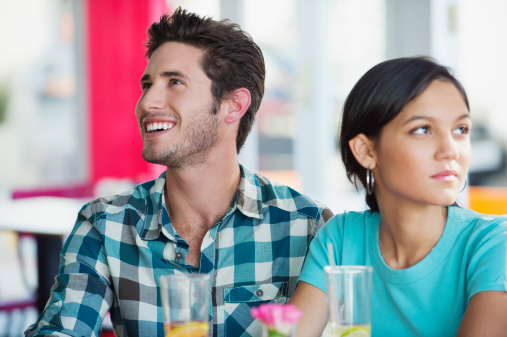 Think of the happiest person you know…Really think about it…You know the person I’m talking about: they’re frequently smiling, are almost always in a good mood, and never seem to be depressed.

Now, think of the saddest person you know.  You know him or her: they’re frequently in a pensive mood, tend to be cynical, and are only rarely lighthearted.  I am not including those of us who have medically-diagnosed challenges with depression.

If we gathered everyone’s nominations from the exercise above into two pools (i.e., the “happy pool” and the “sad pool”), what would differentiate them?  Would it be wealth?  Income?  Gender?  Country of residence?  Job?  I contend it wouldn’t be any of those factors.

What is it, then?  I believe, to put it politically-correctly, that it is a matter of sophistication of beliefs around three distinct factors.

1. The Known vs. the Unknown

The first factor is around how much one feels they know relative to how much they don’t know.  Believing that you know the answers to very difficult questions is a very settling feeling.  Admittedly, not everyone is comfortable with the notion of “blind faith” that is frequently required to answer such questions.

Many people believe they know how our world came to be, how humanity and other beings were created, and, more importantly, what happens to us upon death.

To people who believe they know these facts, the world is a much more certain place where there are many fewer questions than answers.  It’s easier to be happy in such a context, isn’t it?  Science and empirical studies tend to drive more questions than they provide answers.  Having an increasingly-growing number of questions is unsettling and arguably doesn’t drive the same degree of happiness.

2. The Straightforward vs. the Complex

The second factor considers the complexity or lack thereof of the “known” portion of knowledge (i.e., the answers).  Many of us have built relatively straightforward explanations of knowledge that is mostly “black and white;” others of us, however, see much more complexity in their knowledge with lots of gray areas.  Imagine, if you will, the perception one would have of “our world” if they relied on mass media:

There are two types of people in the world: “good guys” (us) and “bad guys” (them).  We like the good guys and despise the bad guys.  Good guys like to be nice to others, they love their freedom, and like to be prosperous through working hard.  Bad guys, on the other hand, are hurtful to others, do not like freedom and thus dislike us for having it, and, because of their laziness, are backward and non-prosperous.  Whats more, the “good guys” and “bad guys” have simple labels that quickly identify them (e.g., “American”, “Chinese”, “Republican”, “Democrat”, “Right-Wing“, “Left-Wing“, etc.).  All one has to do is stay around the “good guys” and support the destruction of the “bad guys” and life will be happy.

As absurd as the above paragraph might seem to some, it’s actually echoed by many people.  Life is simpler and easier to accept as a happy place when the world is black and white; war is easier to understand in such a world.  To those leaning closer to the “gray world”, war is a painfully uncertain concept that causes constrenation.

As I outlined in the post, “Happenstance & Habits“, so much of our lives are predetermined for us based on circumstances that are either beyond our control (e.g., our race or native language) or that are strongly influencing of our beliefs (e.g., our parents’ religious and philosophical views).  It is easier to be happy when the world feels more controllable as that implies a fair world where one’s actions alone dictate their fate.  A belief in a world that is less than fair is difficult to accept and even more difficult to be happy with.

If, as I’ve mentioned before, happiness is a crucial element we all seek in life, the dilemma we face is that we should endorse a world where 1) the answers to difficult questions is known, 2) those answers have straightforward explanations, and 3) our actions based on those answers drive fair outcomes.  Believing otherwise, in a mostly unknown world where answers are complex and actions are frequently out-of-sync with outcomes, makes it difficult to be satiated with the world and its circumstances.  Unfortunately, while all of us are desirous of happiness, some are destined to struggle with accepting the former notion of the world.  Albert Einstein touched on this concept with the following statement: “happiness is not the absence of problems but the ability to deal with them.”

6 thoughts on “The Dilemma of Happiness”